Beverly Hills luxury real estate is famous for its extravagance and serene lifestyle. It offers you the privilege of living in the suburbs right in the middle of a bustling city.

Beverly Hills is where hundreds of iconic Hollywood movies have been shot. Of course, it’s no surprise that it has become one of the most sought-after communities in the world. It covers an approximate area of 5.7 square miles and is the home to several A-list celebrities.

Which celebrities live in Beverly Hills?

With the high-profile nature and the elite aura, Beverly Hills has been one of the most demanded areas for several high-profile celebrities to call home. You will find actors, pop stars, rock stars, musicians, talk show hosts, and even high-ranked comedians living here.

Here, is a list of some of the most popular celebrities that reside in Beverly Hills.

We all have a favorite Taylor Swift song. But what could be better than living next to the ten-time Grammy Award winner? Regarded as one of the best pop singers of her age, has won the hearts of fans across the globe. In 2015, she purchased the famous Samuel Goldwyn Estate for a staggering price of $25 million! This lavish mansion covers an area of 10,892 square-foot and is one of the most iconic houses in the Beverly Hills luxury real estate.

One of the most admired actresses in the world, Jennifer Lawrence, lives in her 5,500 square-foot mansion which she bought at a price tag of $8 million in the heart of Beverly Hills.

Another great pop singer blessing this list is the famed Katy Perry. The four Guinness World Record holders purchased an $18 million house in the gated community of Coldwater Canyon back in 2017.

A prolific actress, Jessica Alba made headlines back in 2017 when she bought an almost $10 million mansion in the gated North Beverly Park community located in the hills.

One of the most famous celebrity couples, Aston Kutcher and Mila Kunis have been living in Beverly Hills since 2014 when they bought a mansion for a price tag of $10 million.

Known for portraying Machiavellian characters, Jason Statham and his partner Rosie Huntington-Whiteley have lived in their 5,600 square-foot home since 2015. The mansion features five bedrooms and eight bathrooms and has a price tag of around $12.3 million.

Some of the other high-profile celebrities that reside at Beverly Hills are:

But, apart from its reputation as the ‘celeb central,’ why is Beverly Hills so famous?

1. The Epitome of Luxury

Beverly Hills is known as the world’s luxury capital due to its high living cost and its ideal location coupled with the magnificent Californian weather. Consistently ranked as one of the most expensive cities, it’s famous for its luxurious lifestyle, including high-end shopping, splendid dining, and a rich aura.

Beverly Hills is also one of the busiest tourist destinations in Los Angeles. The city is home to many entertainment sites comprising luxury shopping centers, parks, and upscale living which is one reason why tourists from around the world are eager to visit the famed city of Beverly Hills.

The most famous of Beverly Hills neighborhoods is the Beverly Crest. Known for its lush green lawns and its wealth, it symbolizes luxurious living. If you have the pleasure of visiting it, you will encounter high-quality, state-of-the-art mansions and estates.

Another famous Beverly Hills neighborhood is the Trousdale estates. The Trousdale Estates real estate is renowned for its brilliant mid-century architecture and scenic views of Los Angeles. The area hosts the Greystone Mansion, the most famous building in Los Angeles. This mansion was purchased by the City of Beverly Hills in 1965 and was turned into a public park in 1971. In 1976, this mansion was listed in the National Register of Historic Places.

This unique neighborhood encompasses 70 feet wide streets, lined with palm trees on both sides radiating a true Californian aesthetic. This neighborhood is also famous for its walk-friendly streets. With the flatlands, joggers, and runners can go on long sprints or casual walks around the area without hustle.

One of the most desirable neighborhoods in Beverly Hills, The Bird Streets have a distinct appeal to them. The sweeping views, bold architecture, and pleasant location make it one of the city’s most unique areas. With its proximity to major shopping malls, world-class entertainment, and fine dining, this beguiling neighborhood is the dream of every individual.

Beverly Hills has fierce demand in the market for houses and apartments due to its luxurious lifestyle and status as the home of the elite. With the ever-increasing demand for an elevated lifestyle, Beverly Hills’s value is rising steadily, with a median house cost of around $3.5 million.

Every year, hundreds and thousands of tourists visit Beverly Hills. Who doesn’t want the real-life experience of the Rodeo Drive? It is an exclusive luxury destination, after all. We are sure you have seen The Pretty Woman. Remember the unforgettable moment when Julia Roberts gets to go on a shopping spree while visiting the Vertigo store? That was on the one and only Rodeo Drive!

Some of the famous Hollywood movies that were shot in or mentioned Beverly Hills include:

Additionally, the city was also frequently featured in songs such as Weezer’s widely popular single, Beverly Hills. The city’s postal code 90210 has also helped Beverly Hills gain worldwide recognition owing to its popularity due to the famous 90s television series with the same name.

These pop-culture references, plus the appeal of a ‘celeb-worthy lifestyle, goes a long way in building the hype behind Beverly Hills luxury real estate.

This comes as a surprise to many when they realize that Beverly Hills is a small town of approximately 34,000 people. However, with all the amenities and entertainment options, the residents don’t have to venture outside their bubble. For families with young children, kids often go to the same school. They make lifelong friends within the community, experiencing a strong sense of belonging.

Several community events are held in the city that brings the residents together, namely the Beverly Hills Art Show, Doggy Daze 90210 (Formerly Woofstock 91020), and the famous Farmer’s Market. These events are organized to help build a strong community and bridge the gaps between people living in secluded neighborhoods.

It’s not surprising that Beverly Hills is the prime choice for everyone seeking a calm and enriching lifestyle with its urban and suburban vibe.

Living in Beverly Hills is family-friendly, private, and laidback.

Although the city is open to the general public to attract tourism, specific pocket communities are exclusive for the residents. This ensures the balance between the high-paced city environment and the soothing town atmosphere.

If you are someone who idolizes expensive lifestyles, Beverly Hills is the place for you. Offering some of the most luxurious shopping experiences, Beverly Hills real estate is the dream home of every American aspiring to live among the elites.

Looking to move to Beverly Hills but are confused about where to start? It is better to consult with a Beverly Hills real estate agent.

I have been working as a real estate consultant for the past 13 years. Helping clients get their dream house is my passion, and I strive to deliver my services to satisfy my clients fully.

Looking forward to meeting you.

These are not products or services; these are lifestyle choices. You and I can stay at any hotel, drive any car, wear any shirt, or drink wine…

But we don’t want to.

And you know what? You deserve it.

Luxury living is a state of mind. If you’re like me, you expect the best, especially when you buy or sell a home in Beverly Hills.

If you are interested in buying or selling a home and appreciate… and deserve… a luxury real estate experience, then click here. Get an idea of the differences.

Enter your contact information below and let us know if you’d like a complimentary VIP package sent to you asap.

All material presented herein is intended for information purposes only. While this information is believed to be correct, it is represented subject to errors, omissions, changes, or withdrawal without notice. All property information, including, but not limited to square footage, room count, the number of bedrooms, and the school district in property listings should be verified by your own attorney, architect, or zoning expert.

Learn everything you need to make or save hundreds of thousands of dollars when buying or selling a home by finding the best professionals in real estate and beyond. Download your complimentary copy today 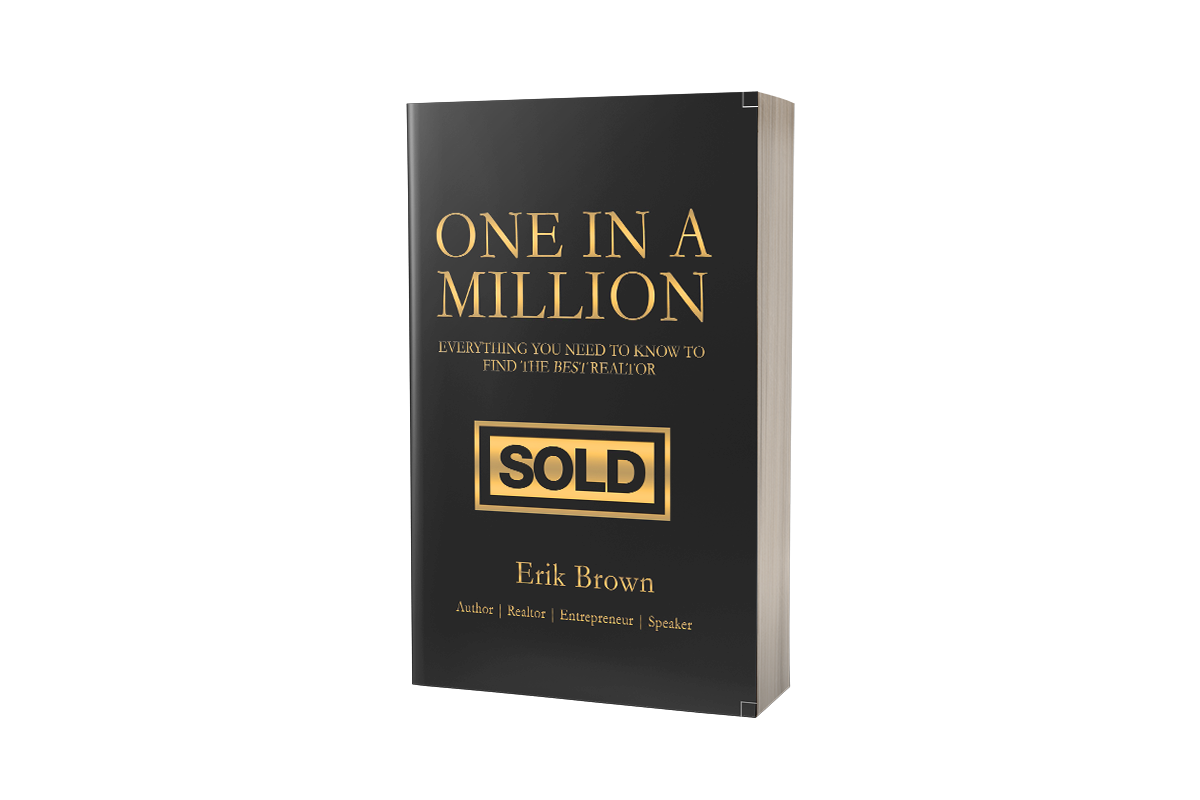